The History of VIA Rail Canada

Before the creation of VIA Rail Canada in 1977, passenger rail services were provided by the two main railways of Canada, Canadian National (CN) and Canadian Pacific (CP) using their respective railways and equipment. However, the 1960s saw a sharp decrease in the number of passengers, making those services unprofitable to their respective providers (at the time, both CN and CP were crown corporations, making them accountable to the Canadian government). Both railways pressured the government in discontinuing their passenger service, Pierre-Elliot Trudeau's government creates VIA Rail Canada on January 12, 1977, which would rely on CN's and CP's assets to function at first, using a mixed fleet of rail cars and locomotives.

With the creation of VIA Rail Canada, passenger rail becomes an essential service to Canadians, with the explicit mandate to offer service from an ocean to another. In 1978, VIA Rail Canada officially takes over the passenger rail operations of CN and CP. Initially, the network would essentially cover all the passenger routes served by the former passenger railways, though over the following decades, many of the services were discontinued due to lack of ridership, funding, and deteriorating condition along certain corridors. 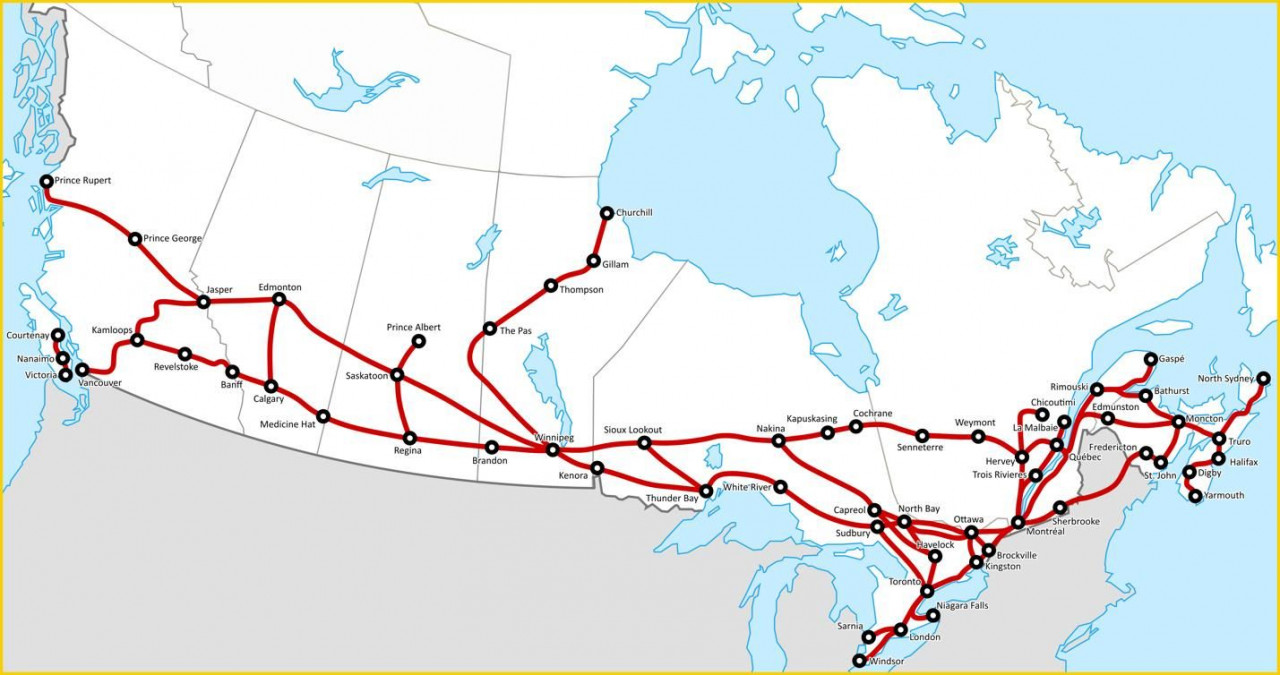 VIA Rail’s Initial Network in 1978

While VIA Rail Canada relied on the mixed fleet acquired from CN and CP, in 1981, they received their first new equipment, the LRC train sets. The same year, the first trans-border train between the US and Canada, the Maple Leaf, was launched by Amtrak and VIA between Toronto and New York City, a service that still runs to this day. In 1984, the national headquarters were established at Place Ville Marie, in Montreal, where they still are to this day.

The rest of the 20th century was mostly focused on VIA Rail Canada's expanding their service offering, mostly with the introduction of more luxurious travel options (now known as Sleeper Plus onboard The Canadian), and commitment to excellence through their various initiatives.

Throughout their existence, VIA Rail Canada's funding was primarily done through federal subventions to cover the gap between revenues and costs, meaning VIA relies on the political will of those in power. In periods of recession, their funding saw considerable cuts that reduced service throughout the country. In January 1990, VIA Rail Canada's operations were slashed by 55% at the demand of the Ministry of Transports. This resulted in the discontinuation of various routes, bringing the network to its current form. 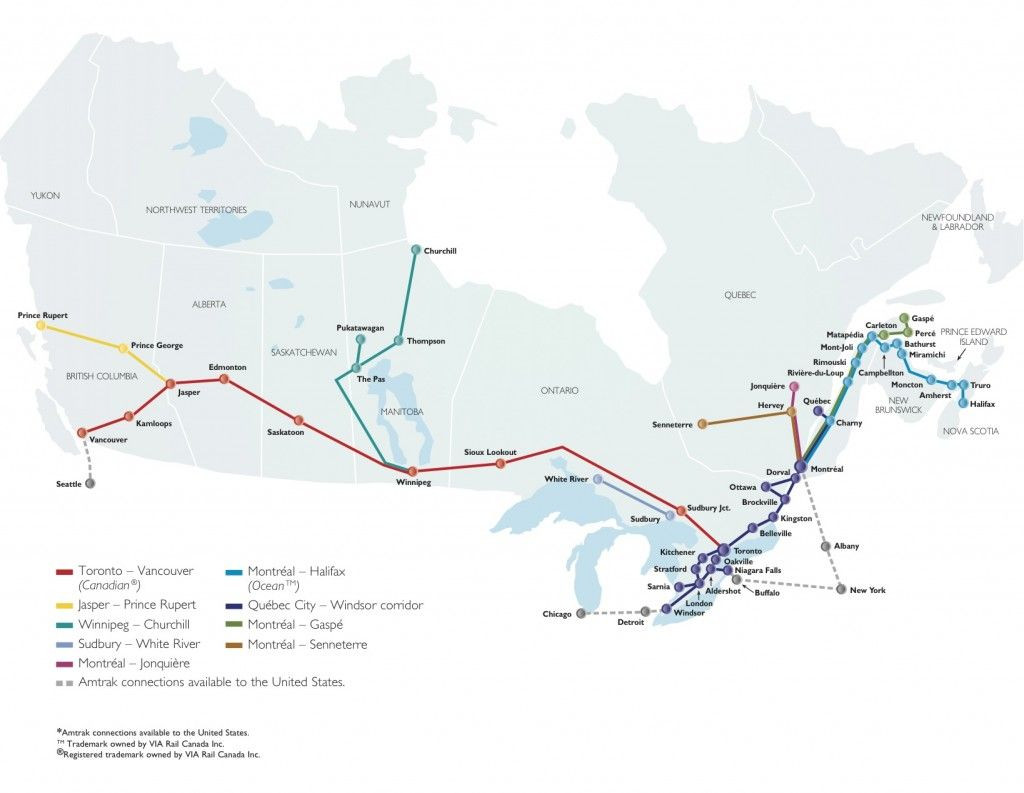 VIA Rail’s current network (NOTE: Some of those services have been discontinued due to the ongoing pandemic, though are expected to return once conditions improve)

In the early 2000s, VIA Rail Canada took an increasingly important towards reducing their environmental impact, with the acquisition of new locomotives and emphasizing the environmental benefit of train service over other means of transport. This also coincided with the introduction of new equipment along most of its route. Once again, VIA Rail Canada saw a funding freeze leading to the cancellation of various projects and routes, mainly touristic ones. This cut in funding led to deferred maintenance and other issues while ridership continued increasing. In 2007, 691 million were provided over five years to resolve maintenance issues and proceed with the refurbishment of ageing equipment. Once again in the 2010s, VIA Rail Canada saw further service cuts due to funding and maintenance issues throughout the network. However, several improvements to service offering occurred in the Corridor restoring former services and new trips between Montreal, Ottawa and Toronto.

As part of increased funding and VIA Rail Canada's cost-cutting efforts, ridership continued to increase throughout most of the 2010s, leading to another need for more modern equipment with higher capacity and speed. In 2018, a contract was awarded to Siemens to replace the ageing Corridor fleet. At the same time, VIA Rail Canada's proposal for dedicated rail lines in the Corridor, High-Frequency Rail (HFR) was further developed to allow higher service speeds and frequencies, to improve on-time performance to over 95% and a reduction in travel time.