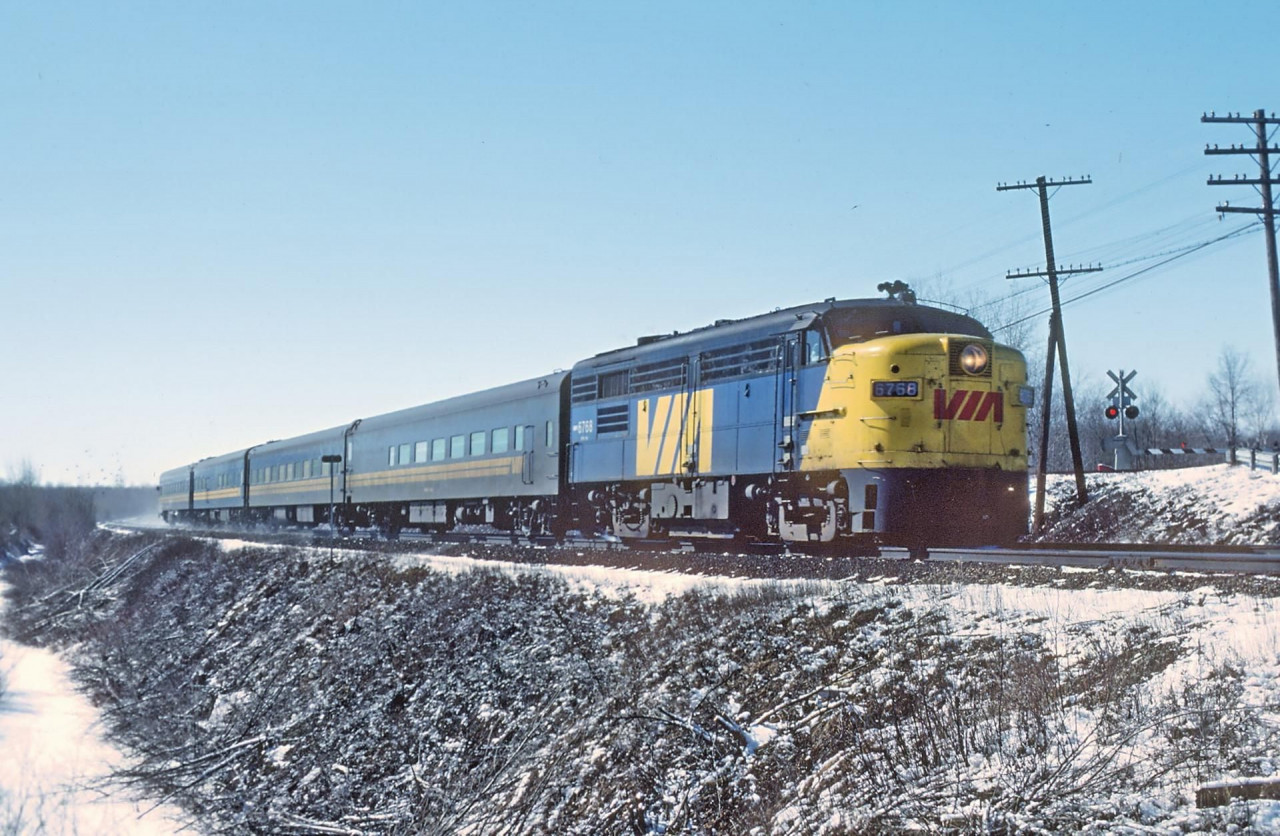 Originally acquired by CN and CP, the Montreal Locomotive Works built F-Units were the main locomotive power for Via Rail following its formation. As such, they were a common sight on long-distance services, such as the Canadian and The Super Continental.

Developed by the Electromotive Division (EMD) of General Motors, the F-Units started production in 1939 and saw various types under the naming scheme (FT through FP9), with the F standing for Fourteen, as in the original power rating of 1,400 horsepower. Originally designed for freight operation, the PA-variants were offered as combined freight and passenger service units, with steam-generating equipment added at the back to offer heating in coaches. None of the units had HEP, which meant that only "legacy" cars could be used with those locomotives. In addition to the FPA units, FPB units, cabless boosters were used by Via Rail where additional tractive effort was needed, especially longer consists.

While some locomotives saw a rebuild program to increase their reliability and power output, the F-Units owned by Via Rail proved to be generally unreliable and quite used by the time of Via's formation. As such, replacement efforts were already ongoing to eliminate them from Corridor service which required higher frequency and fleet availability. The final F-Units were retired in 2002 following the arrival of the final GE P42DCs.

Many units of the type remain and are either preserved in museums throughout Canada, but also some see regular service for various operations, one example being 6307 and 6313 being used by CP on the Royal Canadian Pacific tourist train. The F-Units also remain the only units to have seen the "experimental" VIA colour schemes, mainly the "Ghost" scheme which later inspired the LRC livery. For a while, it wasn't uncommon to see CN / CP painted F-Units on the same train as the painting process took quite a while for most of the units.