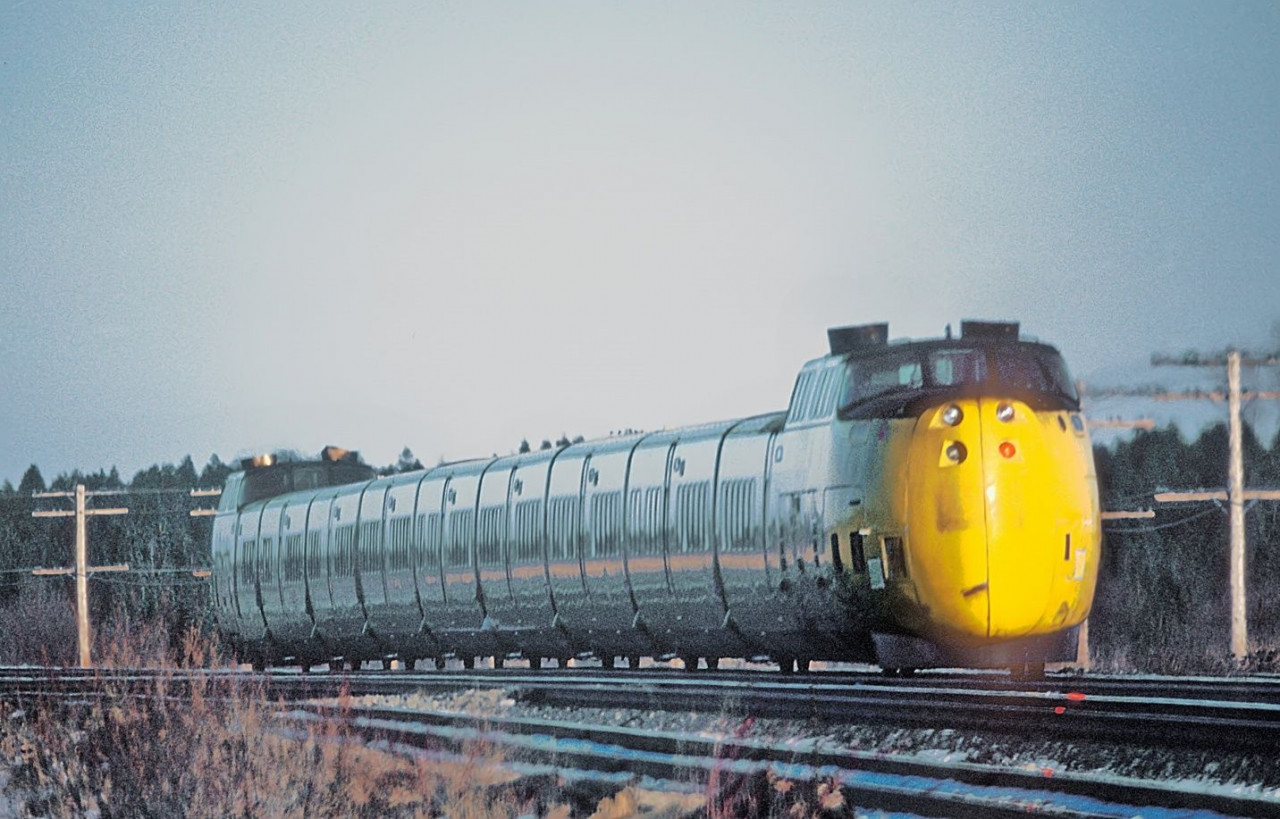 Inherited from Canadian National, the UAC TurboTrain (branded as Turbo by CN to distinguish from "regular" train service) is the only locomotive used by Via Rail that was not powered by Diesel. Instead, they rely on a gas turbine to produce both the electricity and tractive effort required by the trainsets. At the time, it was meant to be a more cost-effective alternative to diesel without requiring electrification of existing tracks.

Turbo is, to this day, the fastest trainset in Canada, reaching up to 225 km/h during testing in April 1976, near Gananoque (some evidence suggests the record might have been 273 km/h in 1968-69 trials, however, it was never officially certified). While in service, they were limited to 161 km/h due to signalling limitations and traffic on shared tracks with CN. Due to their ability to, under ideal conditions, reach over 200 km/h in regular service, it was Canada's first "high-speed train", though it never achieved the required speed in service. Compared to the previous "Rapido" service offered by CN, Turbo was over an hour faster on the Montreal-Toronto route, even without achieving the service speed of 200 km/h.

To increase comfort and speed along tighter curves, passive tilting train technology was used for the first time in Canada. Similar technology was further developed for the LRC trainsets. Turbo was meant to be the flagship offering from CN, hoping to attract new passengers by offering speed, comfort and high-quality service. However, the units were plagued from the start with a variety of technical problems, resulting in CN publicly expressing their frustration with the trainsets. This ultimately led to the 1971 rebuild program to fix those issues and improve the trainsets. Following the rebuild program, the trainsets were mostly reliable and operated properly with CN and Via following their reintroduction in 1973.

While CN originally acquired five seven-cars sets, a rebuild project in 1971 converted them into three nine-cars sets, with the remaining cars transformed into two four-car sets, one of them destroyed in testing, the other sent to Amtrak. Trainsets could be coupled together to increase capacity. As such, Via inherited CN's three nine cars sets, with power cars at either end, allowing for push / pull operation along the Corridor. In 1979, one of the trainsets caught fire west of Morrisburg and was ultimately retired, leaving only two trainsets in service.

As a result of increasing oil costs, reliability issues and the arrival of LRC trainsets, the units were retired at the end of October 1982. To this date, Turbo remains Canada's fastest trainset, connecting Montreal and Toronto in just four hours. Following their retirement, the sets were scrapped, and none were preserved. 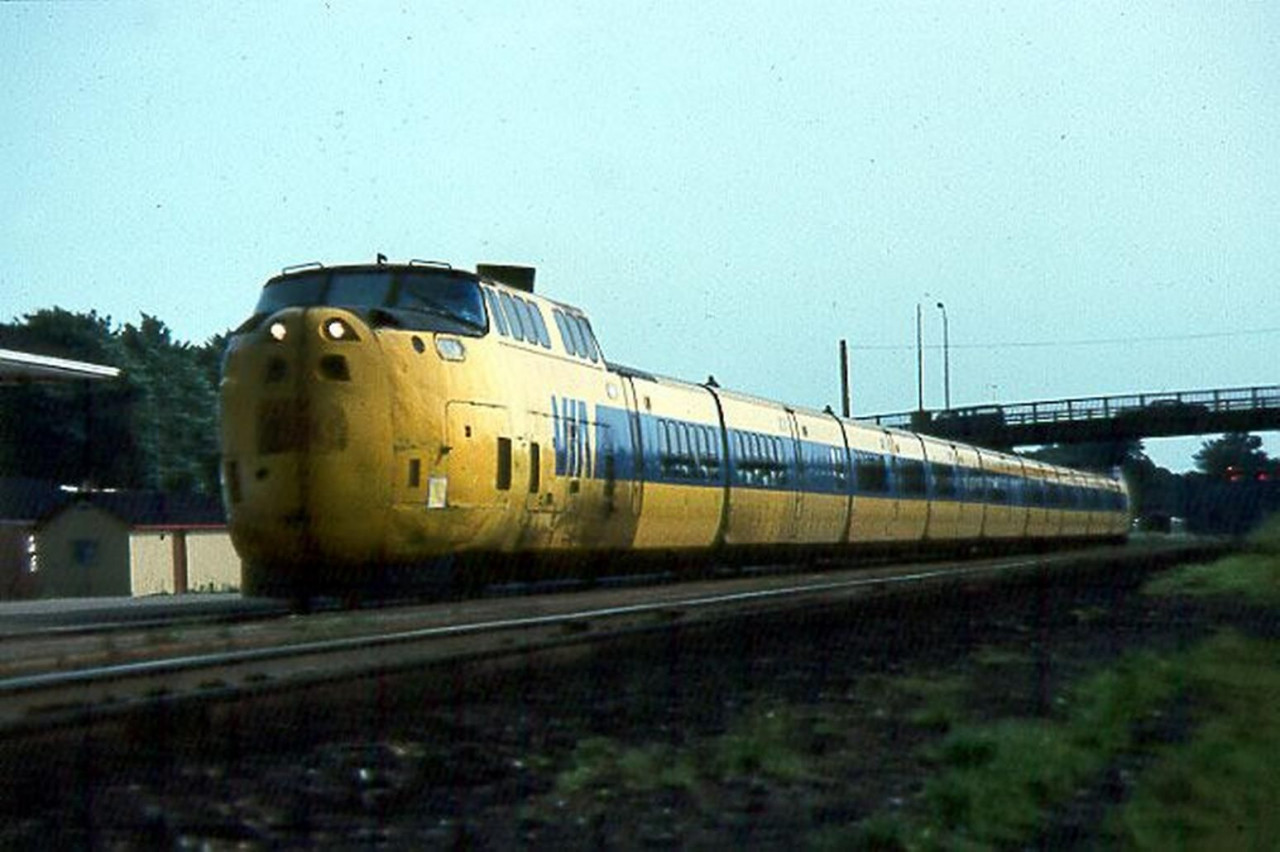