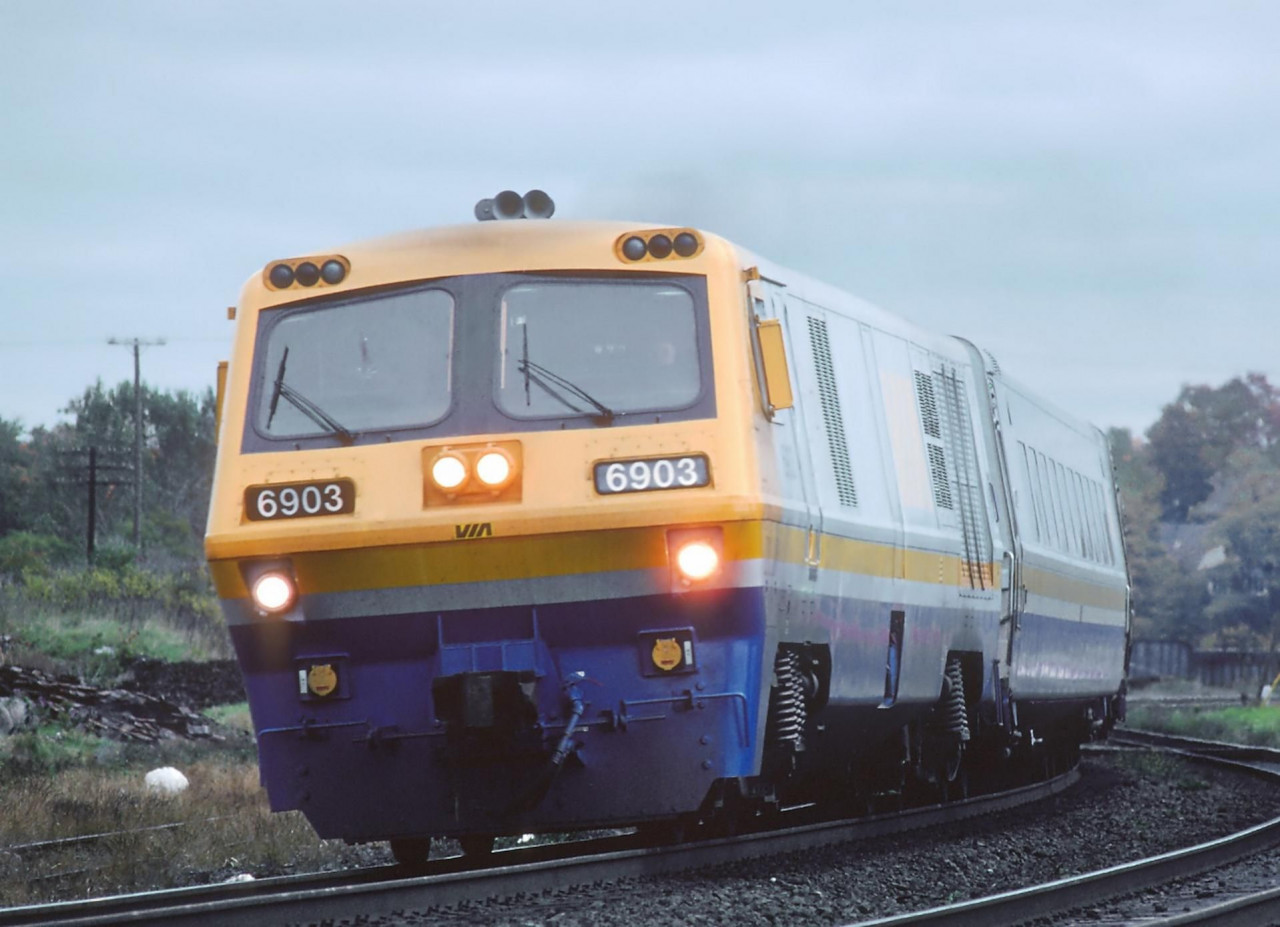 Initially ordered by Canadian National, the LRC trainsets would be the first brand-new sets owned by Via Rail as delivery started in 1981. Developed by MLW (later Bombardier Transports), Dofasco and Alcan, the LRC (Light, Rapid, Comfortable / Leger, Rapide et Comfortable) was designed to offer cost-effective, high-speed, and reliable service along the corridor, replacing the troubled fleet of Turbotrains and Tempo trainsets inherited from CN. Inspired by UAC's Turbotrain and British Rail APT, the coaches and locomotives featured hydraulic active-tilt technology allowing for higher speed in curves, potentially allowing for speeds up to 201 km/h in service (if using power cars at either end, a configuration rarely seen in Canada). During its final phase of testing, a trainset using two locomotives reached a maximum speed of 208 km/h near Farnham, Quebec on March 12th, 1976. Following this test, it was ultimately decided to limit their service speed to 160 km/h, the same as Turbo, to avoid increased wear on the tracks and the shared usage of the tracks by freight trains. Alongside the TurboTrain, the LRC trainsets remain the fastest in Via's fleet allowing for four-hour trips between Montreal and Toronto.

The LRC was developed as a direct alternative to UAC's Turbotrain, as the entry into service of the latter shown to be far from ideal: Turbo consumed a lot of fuel, had troublesome reliability and was not able to achieve the promise speeds on Canadian tracks. Using lighter materials, more powerful engines, and advanced technologies throughout, LRC was designed to achieve similar in-service speeds while using half the gas of Turbo and other locomotives in the current Via / CN fleet. The monocoque Aluminum design was developed by Alcan in Montreal to be considerably lighter than the existing train design. Being brand new units, LRC locomotives were the first in Via's fleet to come equipped with HEP, replacing steam generators found in heritage units. Overall, LRC locomotives were considerably smaller, lighter, and faster than existing rolling stock for Via Rail, making them the ideal replacement for the Corridor. All this was achieved by using an older prime mover, the ALCO 16-251F, which was already being built by MLW at the time. Design and testing were mostly overseen by the Canadian Government, the consortium led by MLW (later Bombardier Transport) and CN who contributed most of the development costs. In 1978, program costs totalled 90 million Canadian dollars.

Following their formation in 1978, Via formalized their first order for 10 locomotives and 50 coaches. Additional orders were made by Via for a total of 31 locomotives and 100 coaches. The first unit was delivered on June 1st, 1981, at Montreal's Windsor Station. Commercial service started on September 4th, 1981, between Toronto and Sarnia, and was progressively extended to the entire corridor as trainsets were delivered. While they had some teething issues in the early years (mainly related to the tilting system which was ultimately disabled), they proved to be reliable and an essential part of the Via fleet over the next 20 years. The locomotives were "unique" in the sense that no other passenger rail service used them: Amtrak declined them in 1982, and no additional orders were received by Bombardier before discontinuing the locomotives. LRC was, for the most part, a huge success for Via, as they offered improved reliability along the Corridor, reduced fuel costs and modernized the equipment used by Via.

The last LRC locomotive operated in 2001 following the delivery of the brand-new GE P42DC. While the locomotives are not in service anymore and have all been retired, LRC coaches continue to serve along the Corridor and compose most of the fleet until the introduction of Siemens' Venture / Charger sets in 2022. Technologies developed for the LRC, such as the active-tilt control later served as the basis for the Acela trainsets and Super Voyager used in the UK, which remain in service to this day and have managed to address the various issues encountered by Turbo and the LRC sets. Even though they have been out of service for over 20 years, it remains one of the most iconic locomotives operated by Via Rail Canada and is often cited as a favourite by many Canadian rail fans.

While most units were scrapped, two units were preserved: 6917 was acquired by the Toronto Railway Heritage Centre (it is currently stored at the VIA Toronto Maintenance Centre) and 6921 is at the Canadian Railway Museum outside of Montreal. Both units can operate on their own power as regular maintenance efforts are ongoing. All other units are assumed to be scrapped following the end of their service life. 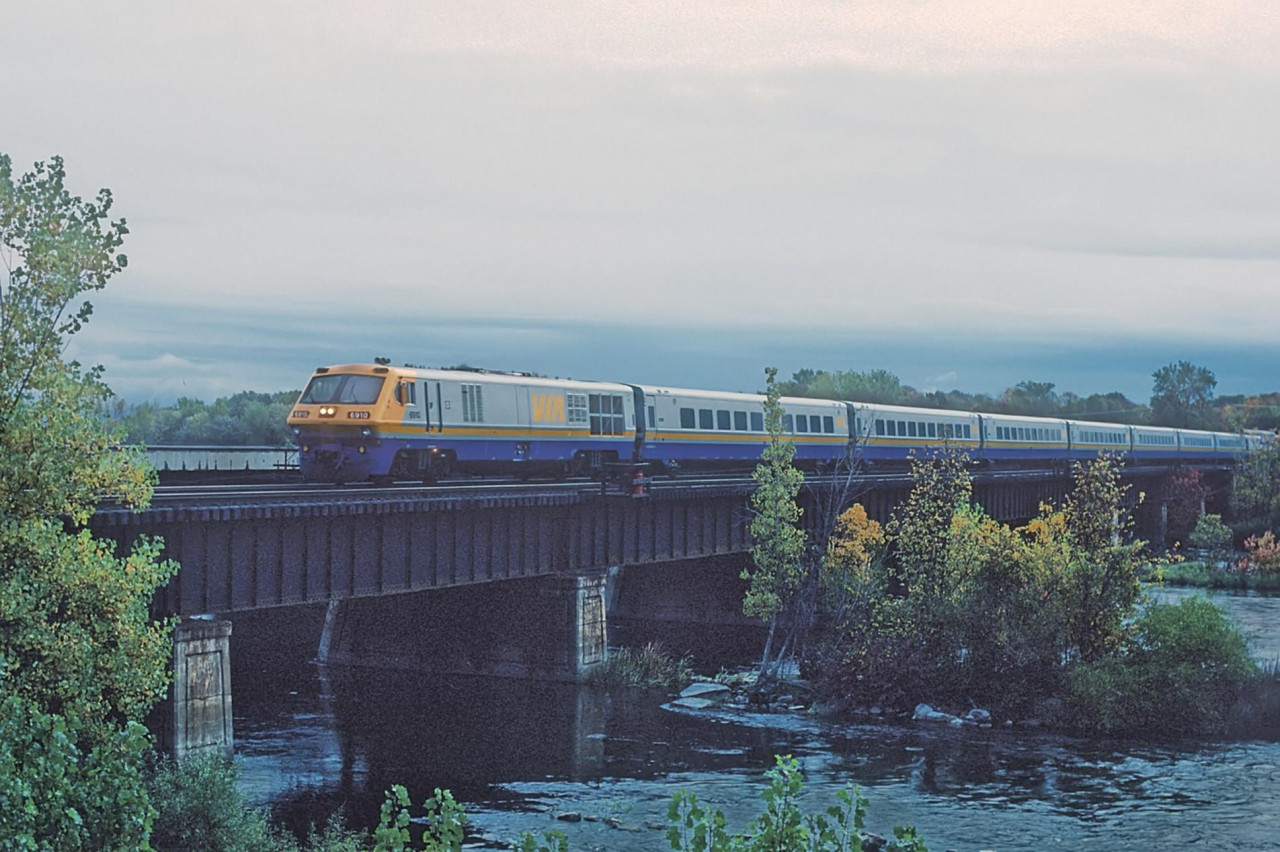 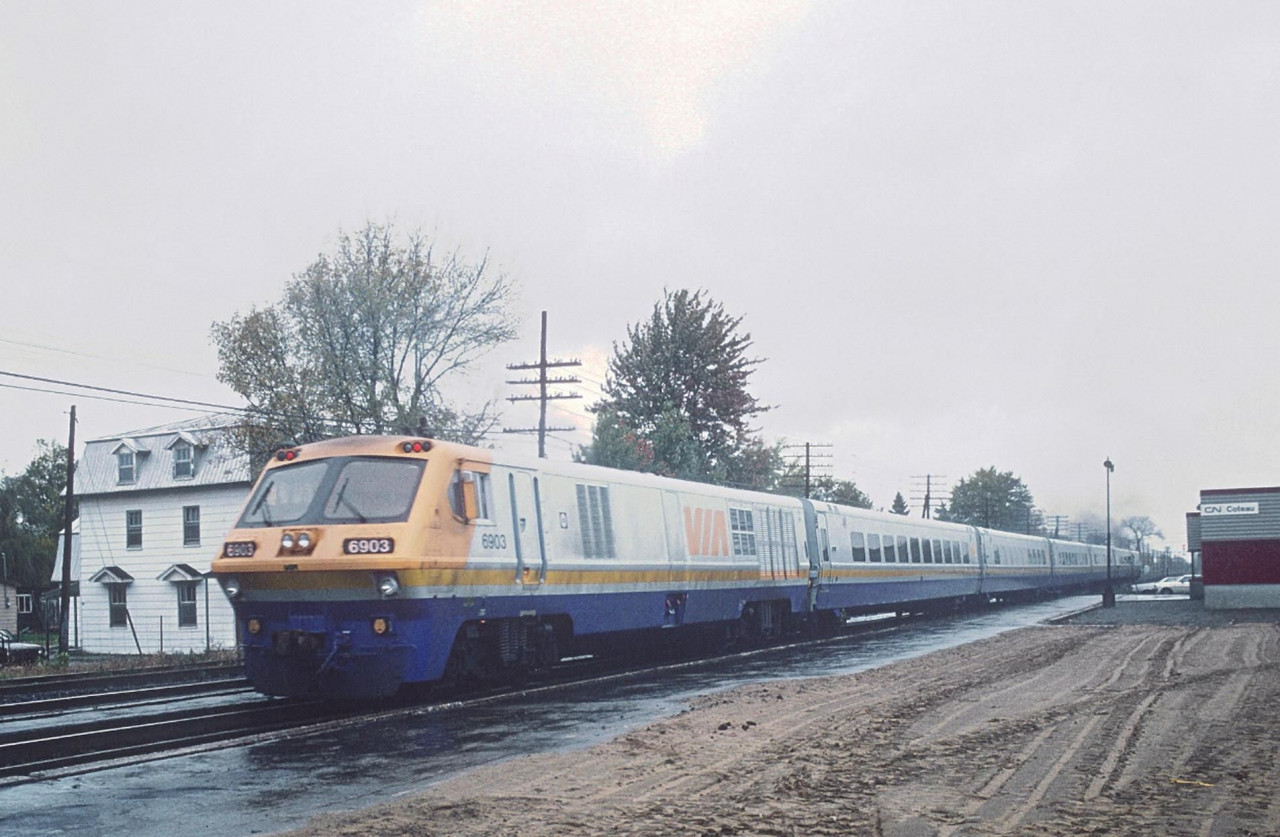 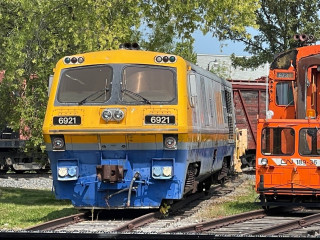 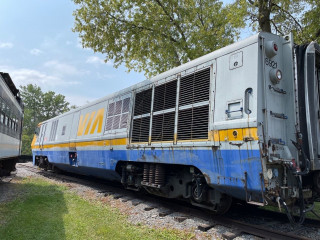 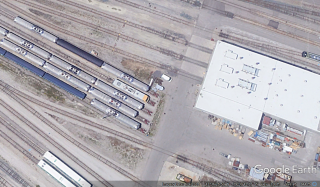 LRC-2 6197, at Via’s Toronto Maintenance Centre, as seen on Google Earth in June 2018. As of 2021, it remains in the same location, but there are still plans to move after it is cosmetically restored to the TRHA permanent exposition at John Street Roundhouse.