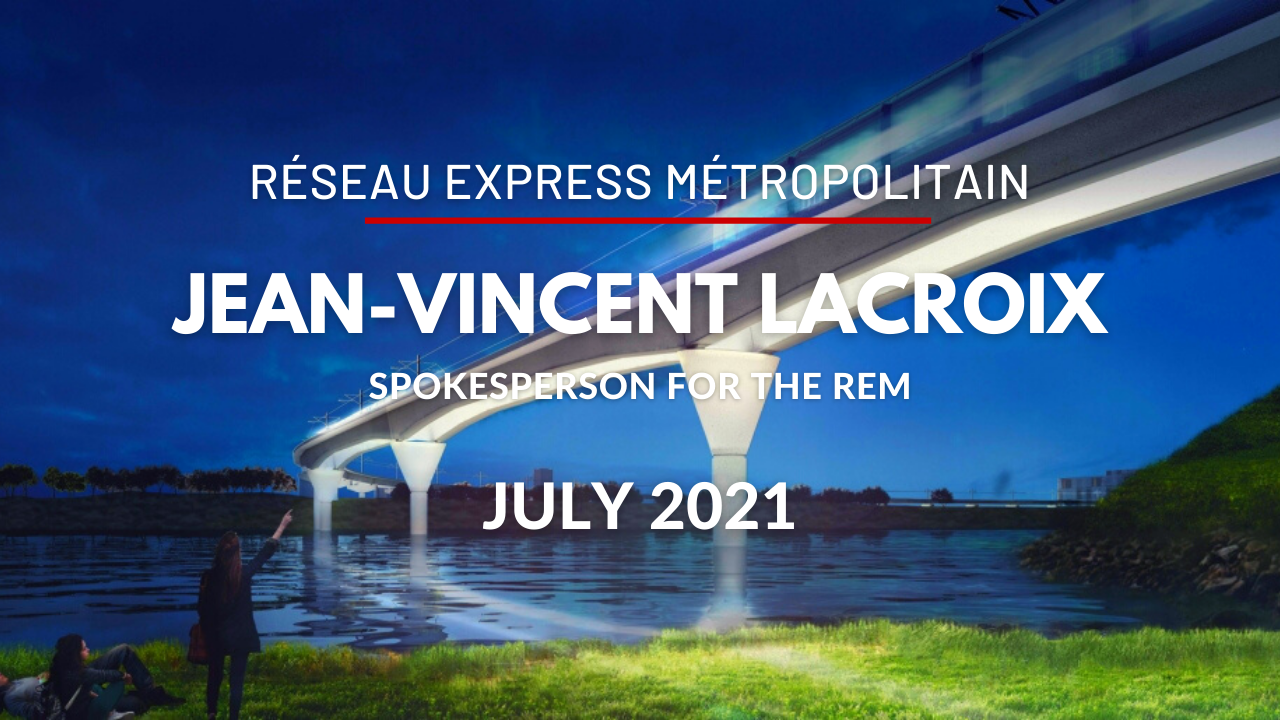 The currently under construction Réseau express métropolitain, will be Montreal's newest transit system. Featuring 26 stations and a length of 67 kilometres, and stretching from the south shore to Deux-Montagnes in the north and Anse-à-l'Orme in the west, it is poised to transform rapid-transit in the Greater Montreal Region in the coming years.

Featuring exciting new underground stations in downtown Montreal, and passing underneath the imposing Mount Royal, it is sure an exciting time for the city.

In this video discussion with Jean-Vincent Lacroix, spokesperson for the REM, we discuss the system currently being built, the next steps and the organization behind this massive infrastructure project (CPDQ Infra).

Learn more about the REM on their official website here : www.rem.info