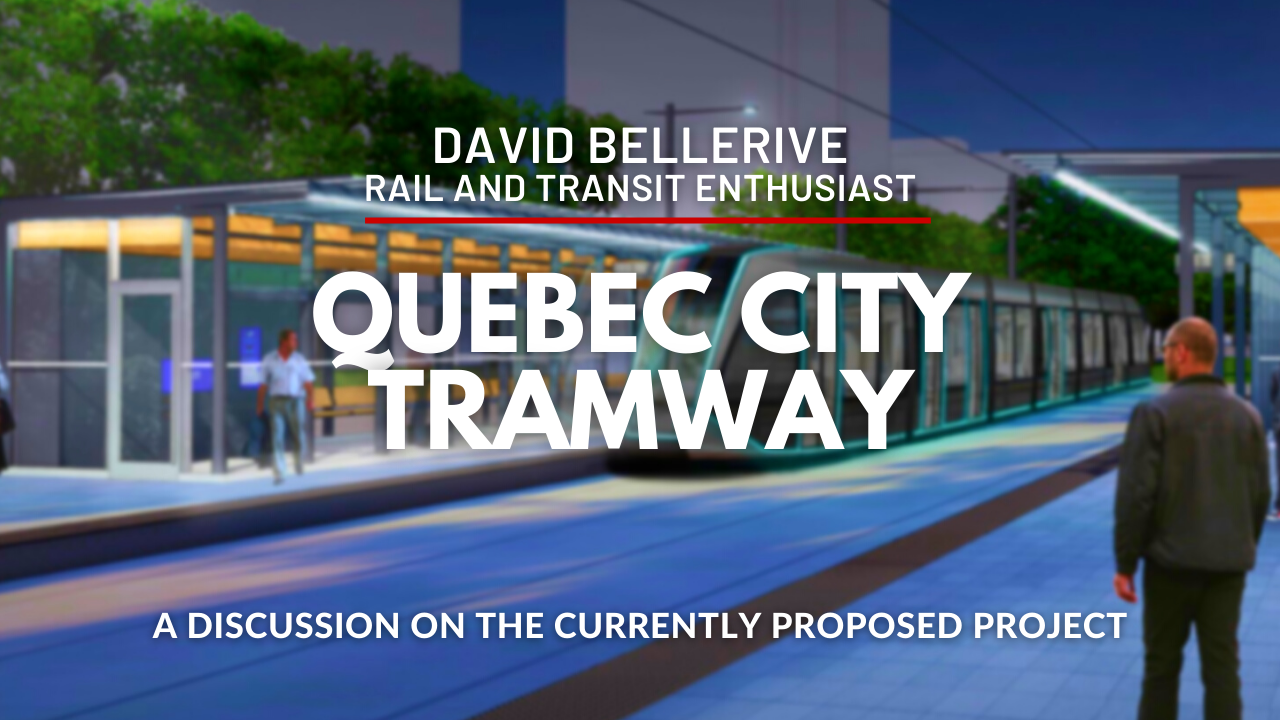 Quebec City is actively working towards building a state-of-the-art Tramway system through the city. It will operate from Le Gendre to D'Estimauville (West to East). The proposed line will have 28 stations, be 19.3km in length and feature a downtown underground tunnel of 2.1km, that will be home to two stations.

In this conversation with David Bellerive, we discuss this exciting and important infrastructure and transit project, poised to transform commuting in Quebec City. Touching on the history of the first Tramway in the city that ran till the mid-1900s, the new system being designed, the choice of technology, the routing and location of stations and finally the stunning rolling stock that may ride the rails. This is your introduction and overview of the Quebec City Tramway.