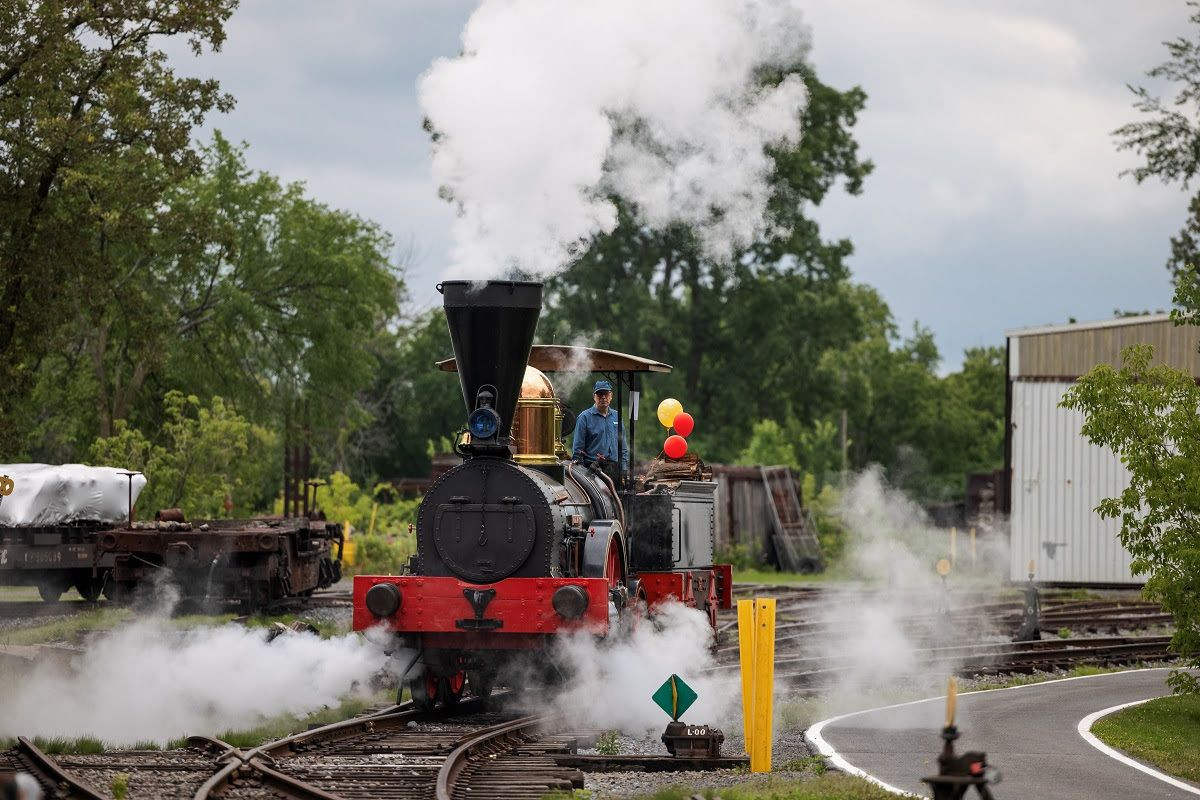 Staff and volunteers of Exporail, the Canadian Railway Museum, were joined by several political representatives, railway company executives and people from the cultural and tourism sectors to celebrate the 60th Anniversary of the founding of the museum.

The sounds of diesel horns, steam whistles and locomotive bells kicked off the occasion, which was held around the museum's turntable surrounded by historic railway vehicles. Short speeches highlighted the dynamic achievements of the past 60 years at Canada's largest railway museum.

Robert Robinson, President of the Canadian Railroad Historical Association (CRHA), the not-for-profit association that owns and operates Exporail, spoke of the history of the CRHA which goes back to 1932, and of its 900 members from all across Canada that support the museum. " Today Exporail is the largest and best railway museum in Canada, voted by the House of Commons in Ottawa as Canada's national railway museum. It is certainly among the top railway museums in the world—ranking with the best in the USA, UK, Japan, and Europe. Our archives hold the Canadian Pacific Railway collection of photos and documents, so special that it has been designated by UNESCO as part of the memory of the world register", he said.

Exporail's Executive Director, Nadine Cloutier, thanked the dignitaries, volunteers and museum partners in attendance and shared her vision for the future: "As a museum, we continue to grow, improve and one of our priorities is to properly preserve and showcase our collection. We are currently planning an expansion project: EXPORAIL 2.0. A feasibility study is underway for this multi-million dollar project which will certainly be a flagship project in the region. Our goal is to double the space for our collections, archives and exhibitions. We also want to provide space for catering, events, and the like to enhance the visitor experience. The Railway of the Future will also be a way to remain a relevant museum and to achieve structuring partnerships with the rail industry, urban transportation companies and communities."

C. Stephen Cheasley, President of the CRHA Foundation, was one of the founders of the Museum in 1961, and has continued his involvement for the entire period. He paid tribute the volunteers of yesterday and today, saying "Exporail has more than 140 volunteers who perform all kinds of tasks and offer more than 26,000 hours of work each year. A number of them have been with us since the 1960s. In 2020, the volunteers won the Canadian Museums Association's Museum Volunteer Award. This award recognizes individuals or groups who give generously of their time and commitment to a museum and who have made a significant impact within the museum community."

Following the brief presentations, attendees were able to watch a demonstration of the turntable operation, and then relax by viewing some of the historic vehicle collection and taking a ride on the passenger train. Exporail is a museum that responds to the public`s need to engage with history through a fun and unique railway experience—one that will continue to improve for decades to come. The Canadian Railway Museum was created on July 21,1961, a symbolic date since it also commemorates the inaugural trip on the first railway in Canada between La Prairie and Saint-Jean-sur-Richelieu (July 21, 1836). Renamed Exporail in 2004, the Museum is located in the two cities of Delson and Saint-Constant and is thus in the heart of the region considered as the birthplace of railways in Quebec and Canada.

Accredited by the Quebec government, Exporail has an impressive collection, unequalled in the country, composed of 180 vehicles and 12,000 artefacts. In addition, the BAnQ-accredited private archive centre holds over 320 archival fonds and collections and has a documentation centre with over 12,000 books and magazines on the history of rail transportation in Canada from 1773 to the present.

In 2020, our 140 volunteers won the prestigious National Volunteer Award from the Canadian Museums Association and the Canadian Federation of Friends of Museums. We couldn't be prouder to celebrate 60 years of dynamic achievement here in Quebec. 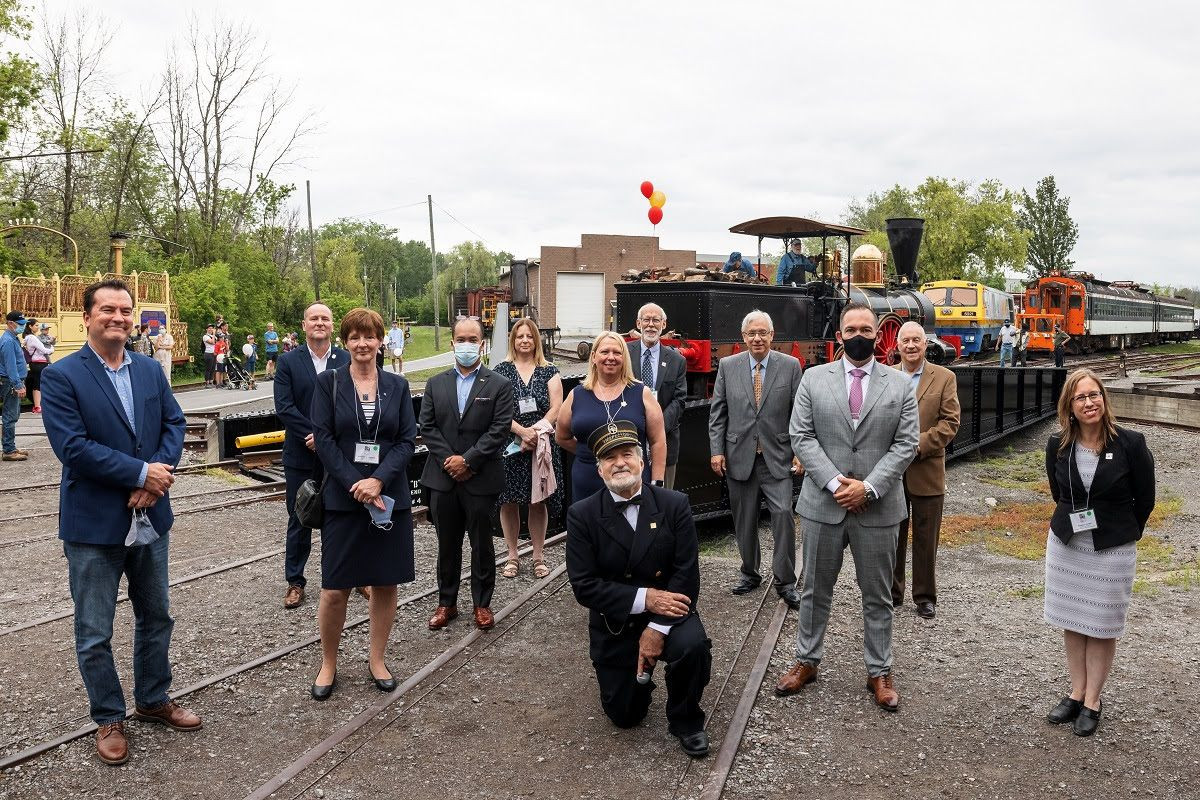